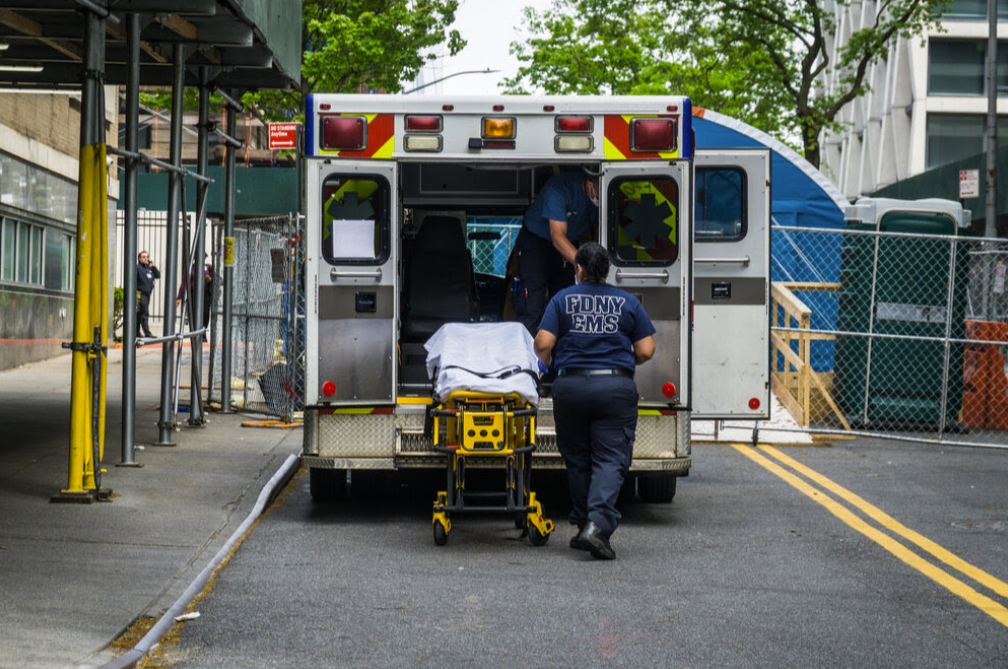 Reprinted with permission from Inside Philanthropy

After a mentally ill patient killed an emergency medical responder and parent of five children, the EMS FDNY Help Fund was created three years ago to help people affiliated with the Emergency Medical Services of the Fire Department of New York. Now, as the coronavirus pandemic drags on with a second wave feared this winter, caring for the mental health of these essential workers has become a serious concern, in addition to their other needs.

Three New York emergency medical workers have committed suicide in recent months; two others died from mental health issues related to the pandemic, and five have died after contracting the virus, she says. Many more are suffering from stress symptoms like substance abuse, divorce, insomnia and other problems related to their harrowing work.

In April, Mayor Bill de Blasio announced a collaboration between the Department of Defense (DoD), NYC Health + Hospitals, and Greater New York Hospital Association to begin providing mental health support to front-line workers, including elements of the DoD’s combat stress training. But according to Gustafson, not a single person among more than 4,000 emergency medical workers has received the training.

“The psychological toll of handling COVID-19 calls is just unbelievable,” Gary Miller, a retired emergency services worker who serves on the fund’s board, told the New York Post.

Suicide, severe illness and psychological problems for emergency medical and other front-line healthcare providers are not confined to New York. A new overview was released last month by six medical professionals who examined data on coronavirus-related effects on front-line workers nationwide, including emergency medical staff, nurses, doctors, firefighters and police. They found that, while the data is not uniformly collected or centralized as the authors say it should be, emergency medical staff have a higher risk than other front-line workers of dying from the virus. Their risk of death is three times higher than nurses and five times that of physicians, for example. As a result, significant numbers of emergency services personnel, including those in ambulatory care, emergency rooms and other settings have been retiring or resigning, the authors said.

In New York, donors have started to recognize the severe strain front-line workers are under. The EMS FDNY Help Fund received $462,000 from Verizon to provide meals for front-line staff and another $200,000—double what its board had requested—from the Johnson family and the New York Jets, which they own. “The money was to be used for what our members needed,” Gustafson says, including providing hotel rooms to the family of an emergency medical services worker whose house was destroyed by fire. “A main focus is hardship relief for members, including those who need funeral help for family members who died.”

The fund is now seeking another $100,000 to provide confidential counseling services for its members, teaming up with the New York City Trauma Recovery Network and the National Institute for Psychotherapy to provide up to 10 free sessions of counseling to front-line workers who request it and additional mental health services as needed. “There is a counseling service that’s part of the fire department, but it is not perceived to be confidential, so there is a stigma associated with it,” Gustafson says.

Some money for the new counseling services will come from the John A. Reisenbach Foundation, a New York charity that in December will give the fund a portion of its proceeds from a now-virtual annual fundraising event. Gustafson says she also plans to approach grantmakers like the Robin Hood Foundation, which last year raised nearly $200 million to alleviate poverty in New York’s five boroughs.

Relief cannot come fast enough for emergency medical workers like Anthony Almojera, a veteran New York paramedic who says the pandemic has shown him how dysfunctional the country is when it comes to taking care of its own.

“Healthcare is fragmented, as opposed to other countries that have a national health system,” Almojera says. “You have just seen all the holes in our system and in emergency medicine. You have us doing 7,000 calls a day. We need help. In an ideal society, we would take care of the front-line people; it should be a given. We are a broken country.”