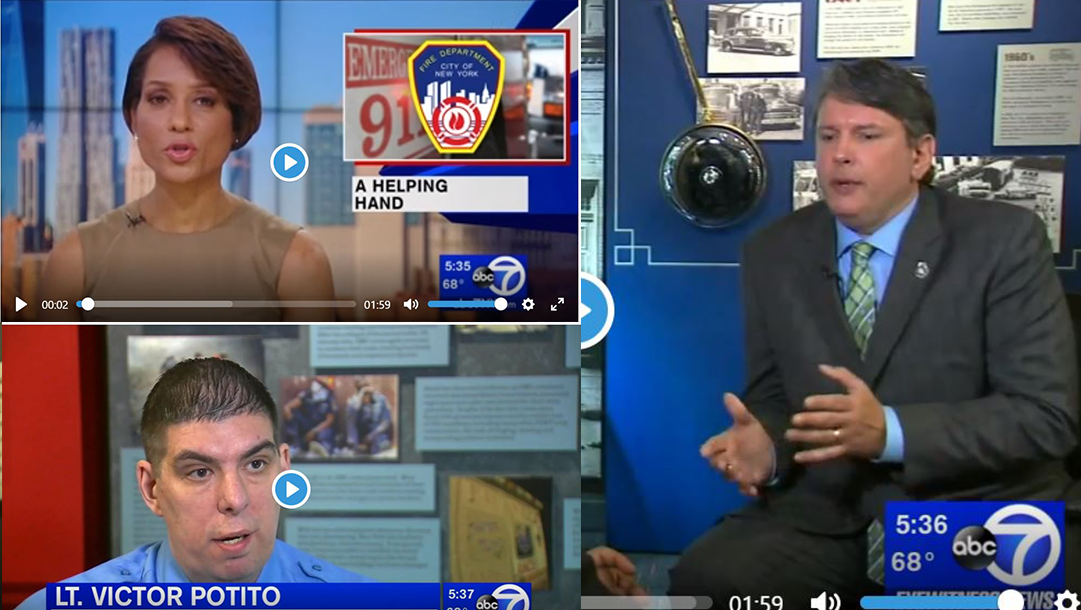 NEW YORK CITY (WABC) -- EMTs, paramedics and other first responders are sometimes overlooked, and now, an organization is looking to make a difference by offering a helping hand in times of need.

Two years ago Saturday, EMT Yadira Arroyo tragically lost her life when a man jumped into her ambulance and ran her over in the Bronx .

In the aftermath of her death, an idea came to life: to establish a fund to help FDNY EMTs, paramedics and their families who are suffering through hard financial times after a catastrophe.

The EMS FDNY Help Fund was created to help those who are battling medical issues, debilitating injuries and even personal tragedies such as house fires.

The FDNY and union officials helped establish the fund about a year and a half ago, already doling out roughly $25,000 to about a dozen first responders and their families.

Victor Potito, an EMS and father of four, has had numerous medical problems stemming from his efforts to help during the 9/11 attack -- everything from a kidney transplant to serious respiratory issues had him on life support just a few months ago.

With so much time off affecting his paycheck and his insurance, it has been an extreme financial hardship for him and his family.

Leaders are hoping to spread awareness about the help fund to raise even more money for people like Potito, including an inaugural EMS FDNY Help Fund Humanitarian Awards Dinner taking place on April 11.

To help spread awareness or to donate, visit EMSFDNYHelpFund.com/.