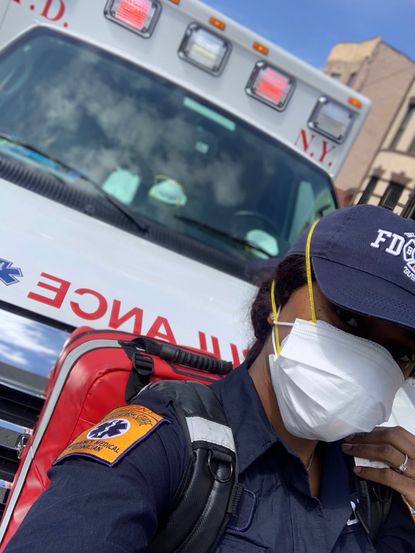 City EMT Naquavia Robinson was raising two sons and just barely scraping by on her salary along with a much-needed boost from a second job as a nanny.

And then the pandemic hit.

Robinson’s day care job evaporated and she quickly found herself in a financial crisis. Her car was repossessed for two missed payments, and she started falling behind on her electric bill and the rent.

“I kind of depended on my second job to pay those bills,” she told the Daily News. “When I lost that job, I didn’t have that backup anymore.”

Desperate for help, Robinson, 29, turned not to the FDNY or City Hall, but to an emergency relief fund started by fellow EMS workers and their unions in the wake of the 2017 murder of EMT Yadira Arroyo.

The fund, she said, has helped her get past the immediate crisis.