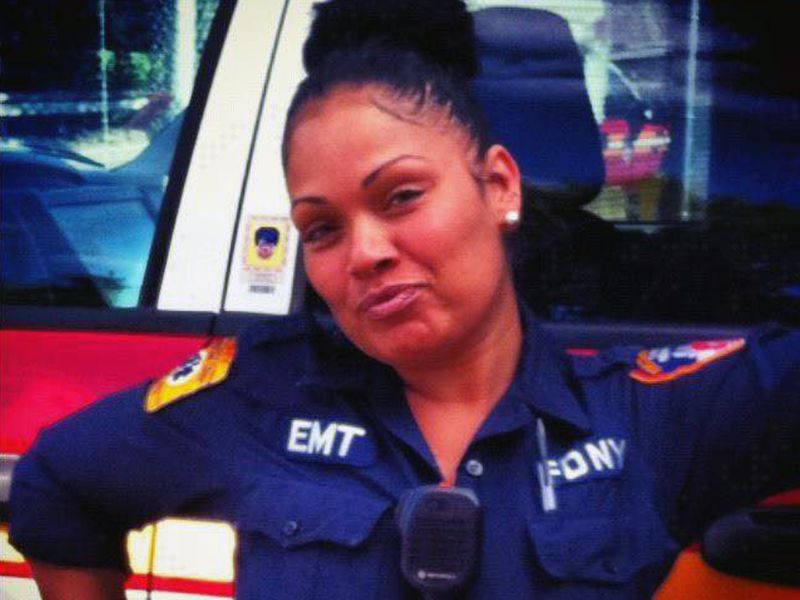 Overtime is a way of life for members of FDNY EMS, but for Yadira Arroyo, it led to her death.

EMT Arroyo was working overtime — on her day off — when a career criminal stole her ambulance and mowed her down two years ago.

Like many of the city’s EMTs and paramedics, union leaders say, the single mother relied on extra shifts to support her five children.

And Arroyo’s death could have meant financial ruin for her family — since EMS workers at that time were not guaranteed automatic line-of-duty death benefits on par with other uniformed first responders like firefighters and cops.

In the wake of her tragic loss, the city’s EMS unions successfully pushed the state Legislature to pass a law extending the same benefit to emergency medical technicians and paramedics, rather than leaving it up to mayoral discretion.

The families of EMS workers who make the ultimate sacrifice are now promised greater financial relief — but the same does not hold true for those who fall ill on the job.

EMS workers — who last year answered 1.5 million 911 emergency medical calls — are only given 12 paid sick days a year. Firefighters, cops, sanitation workers and other uniformed first responders are awarded unlimited sick time. Any serious illness in EMS can mean severe financial hardship for the worker and their family, their union heads say.

In the days after Arroyo’s death, the Daily News launched a fund to help Arroyo’s five sons. EMS members were so inspired by the gesture that they decided to keep the good will going with their own campaign, according to Vincent Variale, president of the Uniformed EMS Officers Union, Local 3621.

To date, they have raised tens of thousands in emergency assistance for the city’s 4,000 FDNY EMTs and paramedics — and hope to raise more with their first awards dinner in Queens next month to honor Arroyo’s legacy and boost their coffers.

“Because our base pay is so low, even with extreme overtime like Yadira did, a serious illness can be catastrophic for members,” said Oren Barzilay, head of EMS Local 2507, which was Arroyo’s union. “Sometimes they don’t have enough money to cover the cost of medicine, food, rent, utilities and so on. This fund was created to help our colleagues in those tough times, and to make sure their families are taken care of too.”

“Because our base pay is so low, even with extreme overtime like Yadira did, a serious illness can be catastrophic for members,”

Arroyo, a 14-year FDNY veteran, was killed on March 16, 2017 when Bronx resident Jose Gonzalez stole her ambulance and ran her down in Soundview. He was allegedly high when he jumped on the rear bumper and slipped behind the wheel after Arroyo, 44, stepped out to investigate.